Maxine Miller opened the bar on Block Avenue in Fayetteville, AR on March 18, the day after St. Patrick’s Day, in 1950 when she was just just 24 years old. She borrowed money to open the business from her parents, and the business boomed so quickly that she was able to pay back that loan to her parents within a year.

She was so young, and there weren’t a lot of women-owned businesses back then.

Maxine's great niece, Andrea Foren, was entrusted with the bar after Maxine passed away in 2006.

There’s a fair number of folks who might misguidedly believe that all of the top bars are highfalutin places found in major cities—but word is out to the contrary, thanks to Esquire magazine. In the publication’s Best Bars in America, 2019 article Esquire named “twenty-seven places to grab a mighty beverage,” and wouldn't you know it, near the very top of the formidable list was our very own, Maxine’s Tap Room.

Now partnering with Maxine’s family to continue her well-established tradition of gathering and serving friends old and new, is Hannah Withers and Ben Gitchel. Hannah and Ben have owned the bar since 2013.

Foren ran the bar herself for several years before turning it over to Withers and Gitchel. She said that Maxine told her to be ready to evolve the bar. Foren remembers having a conversation with her before she passed away, and Maxine telling her that eventually, things would have to change to keep (the bar) going and even though she knew that, she really tried to keep things the same for a long time.

In the fall of 2006, just two months to the day after Maxine died, an after-hours fire severely damaged the interior of the building, destroying the old green stool that was Maxine’s seat for so many years, and requiring repairs. The bar was closed for nearly a year.

Foren didn’t see it at the time but looking back, she feels that the fire was a sign for what she needed to do. Maxine was telling her that it was time for things to change.

Over the last six years, Hannah and Ben, have invested heart, soul and energy into adding their own savvy touch to a bar that long ago evolved into an institution. With a bit of polish and style, new creative craft cocktail mixology and occasional live music this once simple beer bar has evolved.

Graciously, both refuse to lose sight of what Maxine originally built and nurtured and, with that sentiment, they want to celebrate Maxine’s 70th anniversary with a little bit of her, and a little bit of them.

Led by crochet artist Gina Gallina Duling, Crochetitville covered the building completely in colorful yarn. Gina is a Eureka Springs fiber artist that recently moved to Fayetteville and Crochetitville's four-month-long project has been unveiled as the group yarn-bombed Maxine’s exterior.

Crochetitville is a group that aims to create a yarniverse of color, compassion and community spirit with projects that engage, inspire and enlighten. Their motto - "May our crochet encourage smiles and limitless imaginations!!"

This art installation is displayed at Maxine's to celebrate National Crochet Month and Maxine's 70th birthday. See it quick, it's only up for one month (March 2020.) 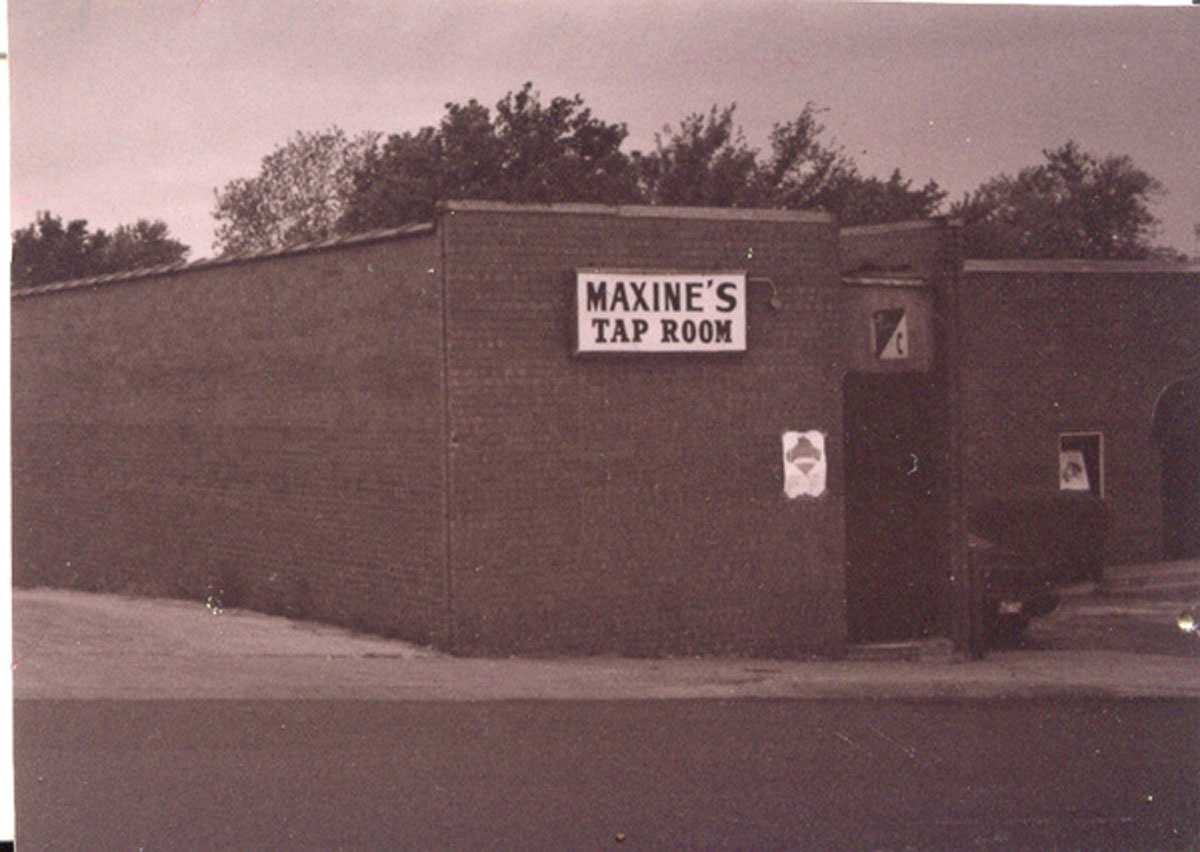 Back in the 50s and early 60s, when Maxine’s was a basically a white wooden shotgun shack and the beer was 20 cents, the clientele was more downscale. Over time, the bar evolved, and the clientele changed with it.

Maxine developed a flair for hiring players from the local football team to tend bar. They were also there, of course, to help out when things got a little out of hand with patrons who’d had a pitcher or two too many.

This helped Maxine tap into a new clientele of coeds and athletes that propelled the bar to even more success.

In 1963, Maxine was ready to expand. She tore down the small building where she got her start, hired famed Fayetteville architect Warren Seagraves and together they built the building that still houses the business today.

Last year, Maxine’s made USA Today's list as one of the 10 best places to get a drink in the United States compiled by renowned bartender Kate Gerwin.

A 70 Years Celebration is set to take place.

There will be commemorative pitchers for the first 70 guests, and a few other surprises in the works. More info about the celebration is available via Facebook.

“May I have your attention, please! You have ten minutes to drink, and get the hell out!”-Maxine Miller

Discovering NWA is a blog series where we seek to discover the unique things that make up Northwest Arkansas. There is so much to see, experience and explore here in this beautiful part of our Country and in this series we will take time to give you the local perspective on what to do, where to go, and what to see.